If you thought that the Internet played a role in politics, think again.

The ongoing drama of the American presidential campaign shows that what we think of when we think “Internet and Politics” is only the tip of the iceberg.
An outmoded story in a world that keeps going faster, transforming all imagined assumptions and visions into yesterday’s news at breakneck speed.
Or is it knucklebreak speed…

In the same week, two different facts—the Denial of Service Attacks and the FBI inquiry—served as potent reminders of another invisible wave rising in the midst of the web. The world of hacking side by side with the world of a legal investigation collapsing into one unpredictable earthquake. Unless it is a tsunami.
No forecast had been given.

There is more to this than first meets the eye.
The failure to truly assess the power of the Internet as a new player in the political arena might be tragic indeed. The fact that even seasoned and savvy politicians have been blind to the agency of technology speaks to and for a general sense of loss and a pervasive lack of belonging.
The Internet—directly or indirectly—might decide the outcome of one of the most important political elections ever.  The physical bodies in the real world have been siding—more or less noisily—with the virtual (invisible) bodies—also angry or not—hacking, leaking, emailing. Just by using the Internet. Nothing out of the ordinary, when you think about it from the vantage point of what has become the world’s daily routine. And ritual. Economy and logic combined.
An uncanny meeting of minds and keyboards.
The other side of the dark side of email.

For the first time, the Internet is truly shaping the real world in ways that the real world did not (but should have, perhaps) foreseen.
It is easy enough, for politicians in the real world, to forget about blog activity and activism, political posts or twitters, Facebook discussions and other virtual arenas of political discourse, protest, chats and forums. But, this time, it is email—the most basic use of the Internet, its primary stage—that functions as a paradoxical and potentially fatal reality check.
A shifting of paradigm, a new “regime of truth” to use the foucauldian image.
In this program, according to this software, the externality might be the very  (political) machine that has enforced surveillance of the system: the political class.
The Internet might be bringing the culprit home to roost.

Eventually, the inability (blindness?) to grasp the power of technology on our culture will be perceived as more than a tragic flaw. It has become no less than a Nemesis haunting the political house for good.

Will there be a deus ex machina?  Who will provide the keyboard with the ESC button? 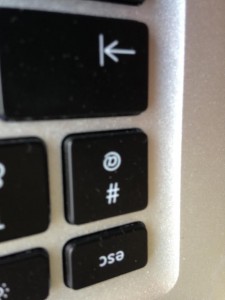